A proud and historic week for the George Garrett Archive project was tinged with sadness at the death the previous week of Derek Garrett. Derek was the youngest, and the last surviving son of George Garrett. Derek was a great supporter of our project; his daughter Eloise told me her ‘dad was extremely proud of the project and the renewed interest in granddad’s works.’ Derek, along with his brother Roy, gave us one of our greatest moments of magic during the project when they spontaneously broke into singing the old Wobbly song, ‘Hallelujah I’m a bum’; proof if ever there was of George’s links to the United States, the union movement and the Industrial workers of the World (IWW, also known as The Wobblies’), as who else’s sons would have been taught ‘Hallelujah’ as a child? We are grateful to Derek, and Roy, for their support for the project and for being so generous, particularly when fighting serious illness, with their time. We were particularly touched that, as at Roy’s funeral, the George Garrett Archive and the pleasure it brought him, was also mentioned during the eulogy at Derek’s funeral. It was a pleasure getting to know them both and are sorry for their family’s loss.

On Saturday 28th February the family formally presented the George Garrett Archive to the Liverpool record office at Central Library. This is both a major achievement and a major addition to the city’s archives. It is also a key contribution to the record of working class literature and radicalism in the city.
Project Leader and writing on the Wall Co-Director Mike Morris introduced the afternoon events, which included time for the family to have a look at the archive before it was deposited. This led to much reading and discussion, with our ‘Garretteers’ on hand to discuss various aspects of the archive with the family. WoW Co-Director, Madeline Heneghan, spoke on the impact of the archive on WoW’s work, and how it has led to a new heritage Lottery funded project concerning a series of documents relating to Black seamen, soldiers and workers stranded in Liverpool and suffering racial abuse following WWI. Course tutor and project worker Tony Wailey spoke about the new writing developing from the project, and we were delighted to welcome Liverpool City Council Cabinet Member for Culture and Tourism, Cllr. Wendy Simon, who complimented the work of the project and welcomed the archive in to the city’s records. 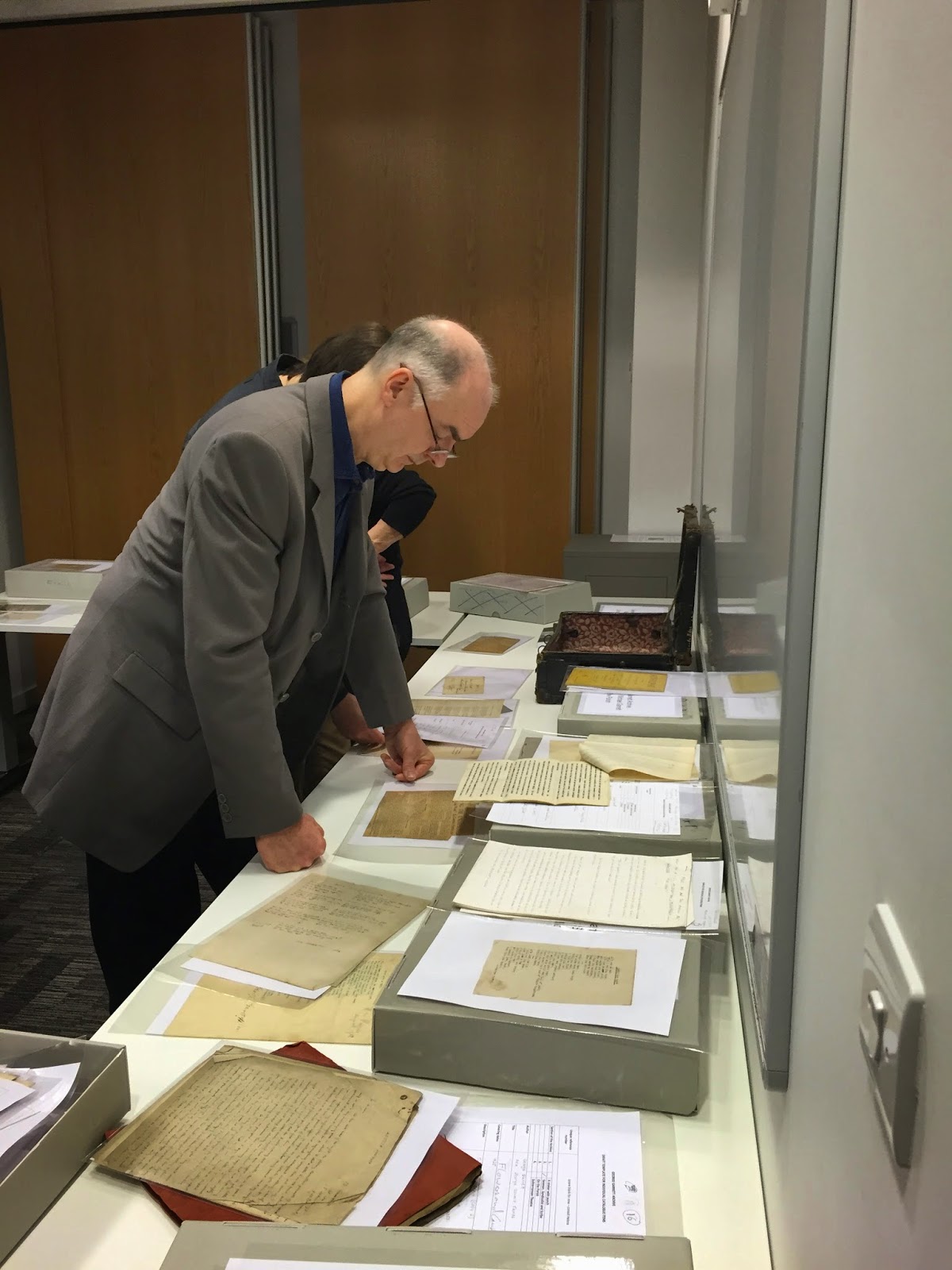 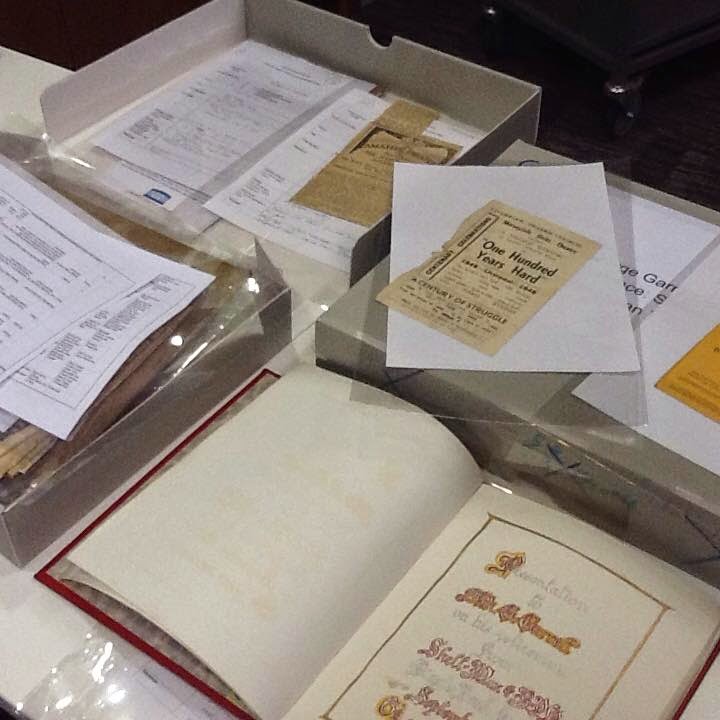 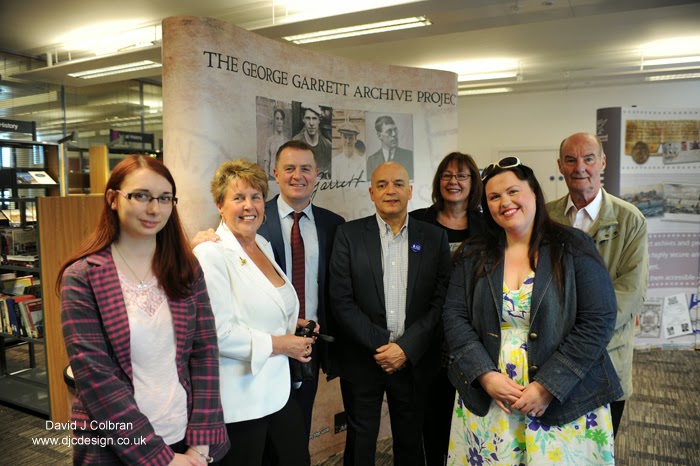 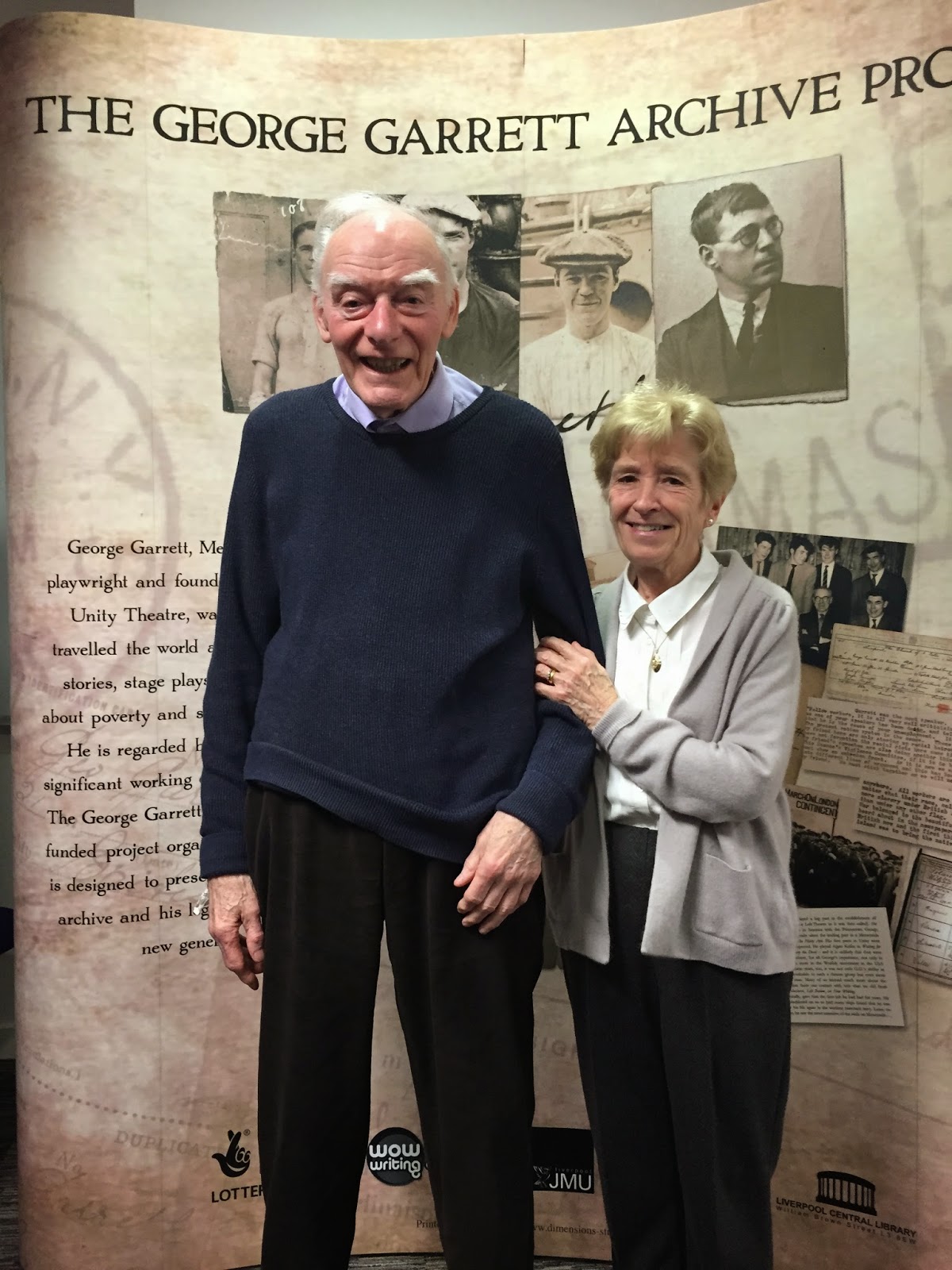 Although the Heritage Lottery funding has ended, we plan to continue the work on the archive. In May 2015. With the support of Culture Liverpool, we are:
Holding a series of Public talks about Garrett and his links to America, and then in June, in the basement of The Cunard Building:
Staging an adaptation of his short story, ‘the Maurie’, set aboard the Cunard White Star Liner, The Mauretania.
We also are working to get financial support to publish his completed but as yet unpublished autobiography, Ten years On The Parish, which is an outstanding account of his life and that of the Liverpool unemployed in the 1930’s. More details on these activities will follow shortly.
The handing over of the archive to the Liverpool Record office was a very satisfying day for all involved – WoW, the family, the ‘Garretteers’, and all those who worked on the various aspects of the project. We feel privileged to have played a part in preserving and disseminating the memory of the work and life of this this great writer, playwright and radical activist. Though George Garrett was a humble man, who, though proud of his achievements, went out of his way to avoid the limelight, we feel sure he would approve of the work of the George Garrett Archive Project. 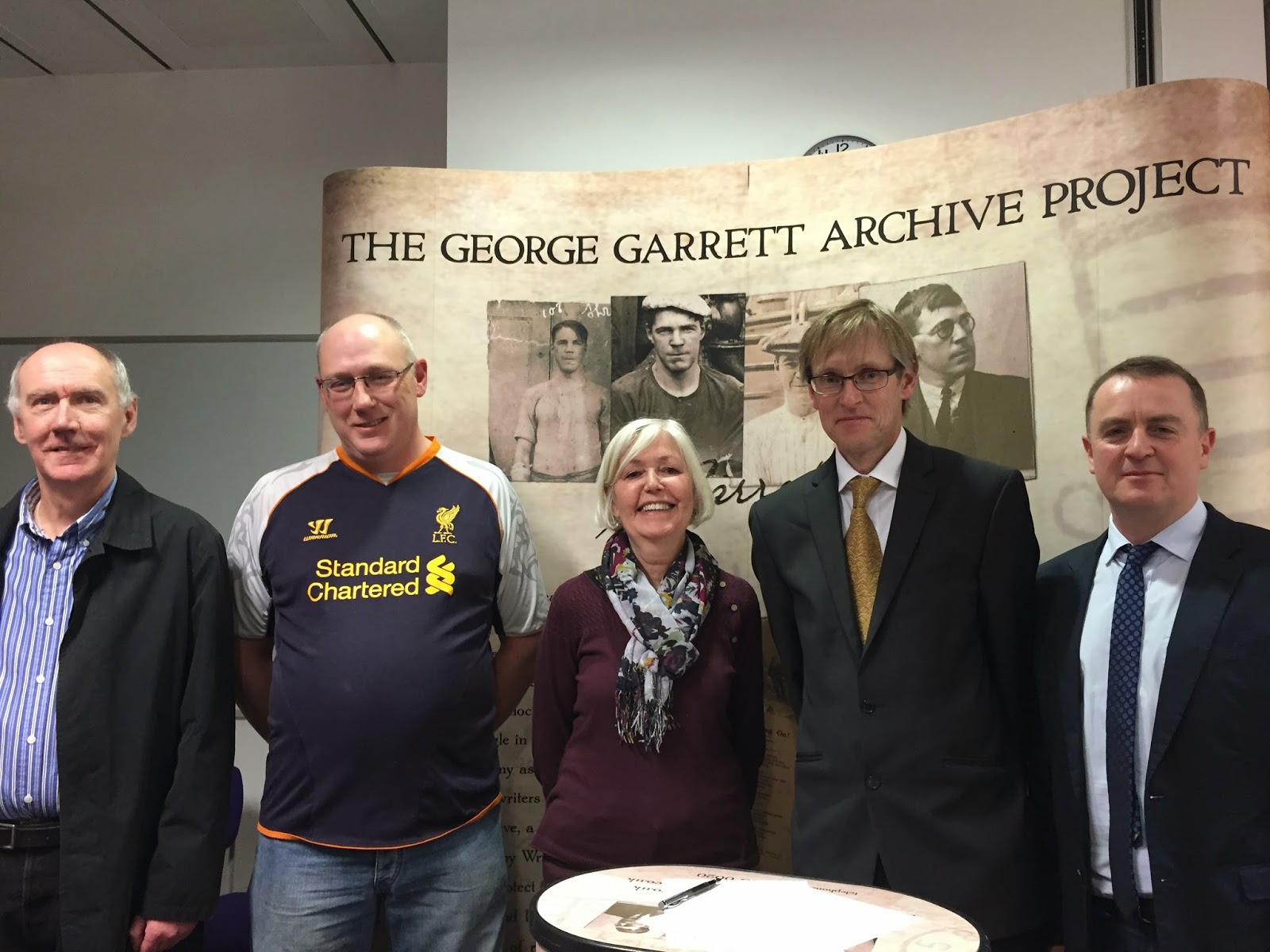