George Garrett: Flowers & Candles
The staging of George Garrett’s second play, Flowers and Candles, on Friday 31st October 2014, was not only an event of historical significance, it was also, and in my view most importantly, a dramatic success. The performance was a rehearsed reading – the actors with scripts, a few props and a touch of dramatic action to ‘lift the play off the page’. However, such was the strength of the performances that I’ve lost count of the number of people who have told me they forgot the cast had the scripts in their hands. This is also a testament to the strength of the play itself, which here needed little embellishment to bring home the full force of George’s writing. In structure, dialogue, drama and pacing, it’s hard to believe that this is the work of a self-taught working class writer, who had put his shoulder to the stokehold shovel before he put his hand to the pen. 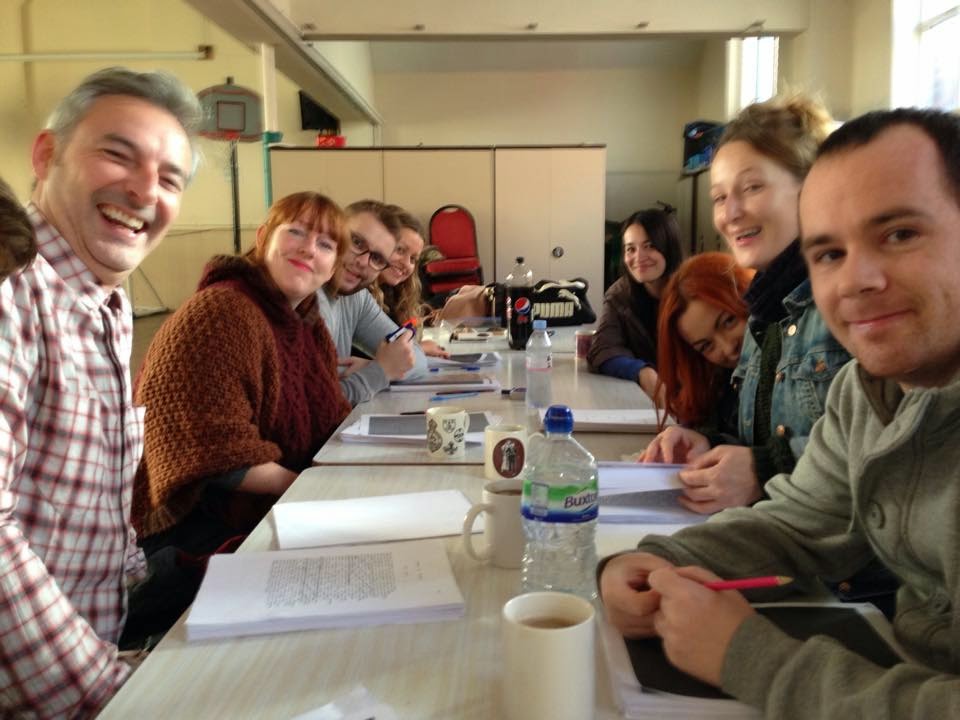 Flowers and Candles, set in New York and no doubt written there during George’s second residence between 1923 and 1926, is a development of his first play, Two Tides. Here George has honed his writing, has a much clearer voice, and has strengthened his themes, to particularly devastating effect in the dramatic finale of the young woman Rita suffering through childbirth after being given a dose by Ben, the previously feted son of the matron of the family Mrs O’Prey. 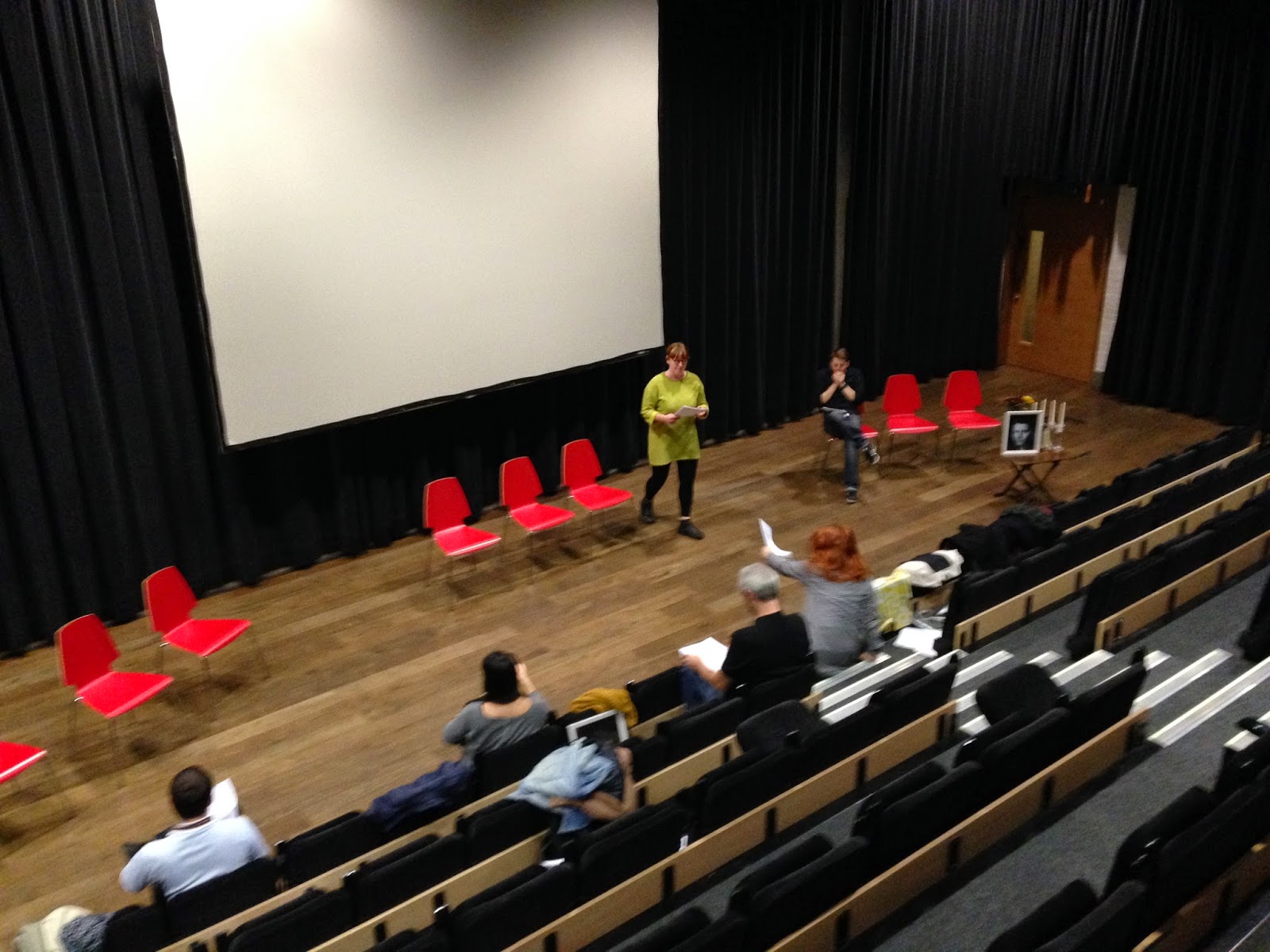 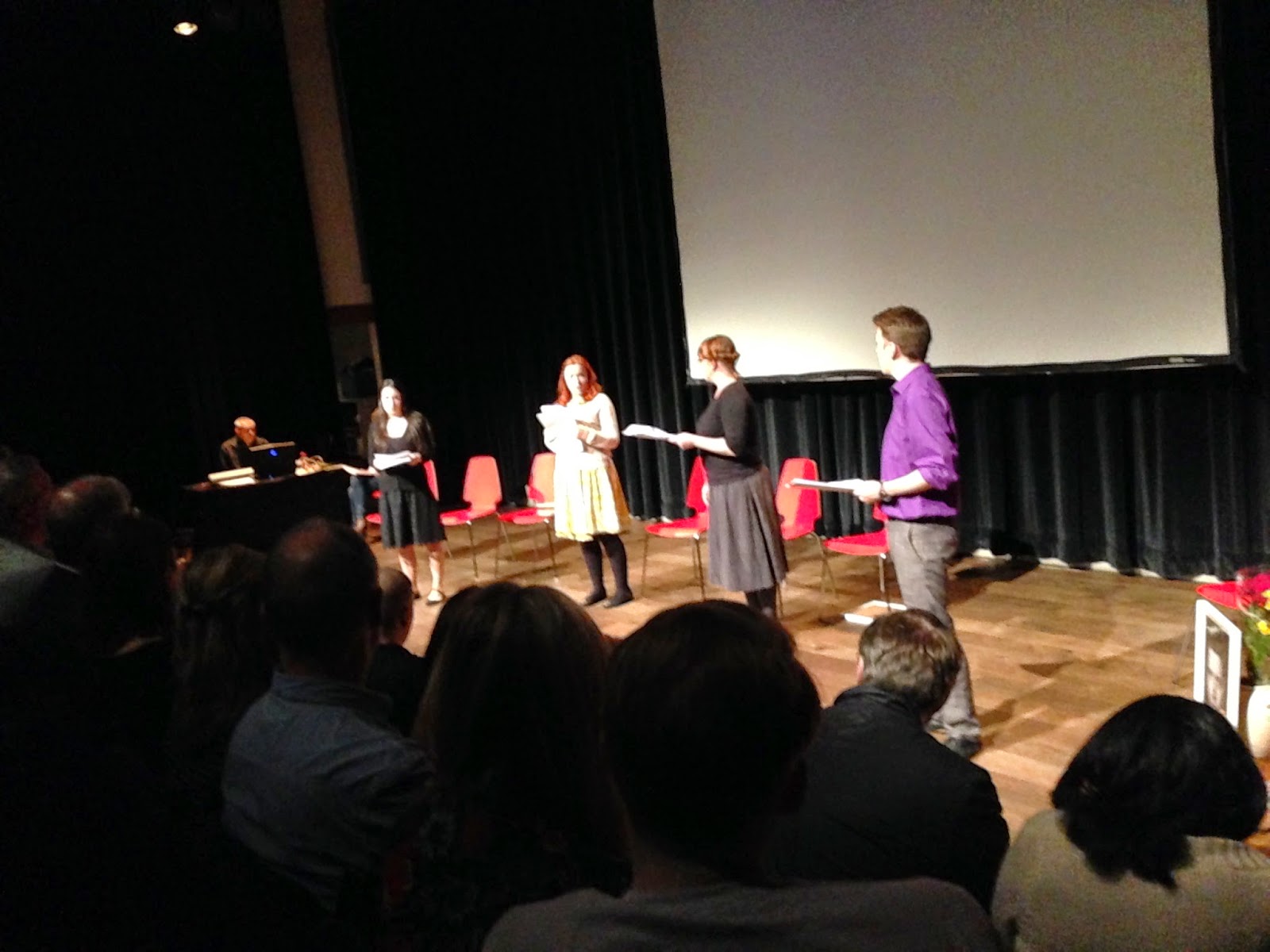 Jean Garrett, daughter of George’s eldest son, Matty, wrote me the following after returning home from seeing the play:
Hi Mike
Just wanted to say a huge thank you to you and Tony, the ‘Garretteers’, Karl and the wonderful cast of actors for staging the performance on Friday. It was superb; took my breath away. The acting was first class, especially the young woman who played Rita. The play really captured the time and place, but it is astonishing that a play 90 years old can address issues of race, gender, class, bigotry with such relevance today. Feel honoured to have witnessed it and yes, it definitely does deserve to be staged. A few years ago, we went to see 'And Men Should Weep' Don't know if you've seen it but it is set in the tenements of Glasgow and was seen as a landmark work in the 1940s in its portrayal of class and gender issues, viewed from a woman's perspective. I think George's plays are as good as this one and as relevant, and Ena Lamont Stewart's play has been staged at the National!
Anyway, it was a magical, wonderful, thought provoking evening and the icing on the cake for us was seeing Derek (George’s son), Warren and Michael (sons of George’s son, Wesley). Thank you for making this happen. Without your efforts, George's work would have disappeared from general view which would have been a travesty.
Best Wishes and see you soon
Jean
All I would add to that is I feel this play is worthy of a full production, and we’ll be working on that for 2015, as well as working to publish and perform more of George’s work as time goes on. 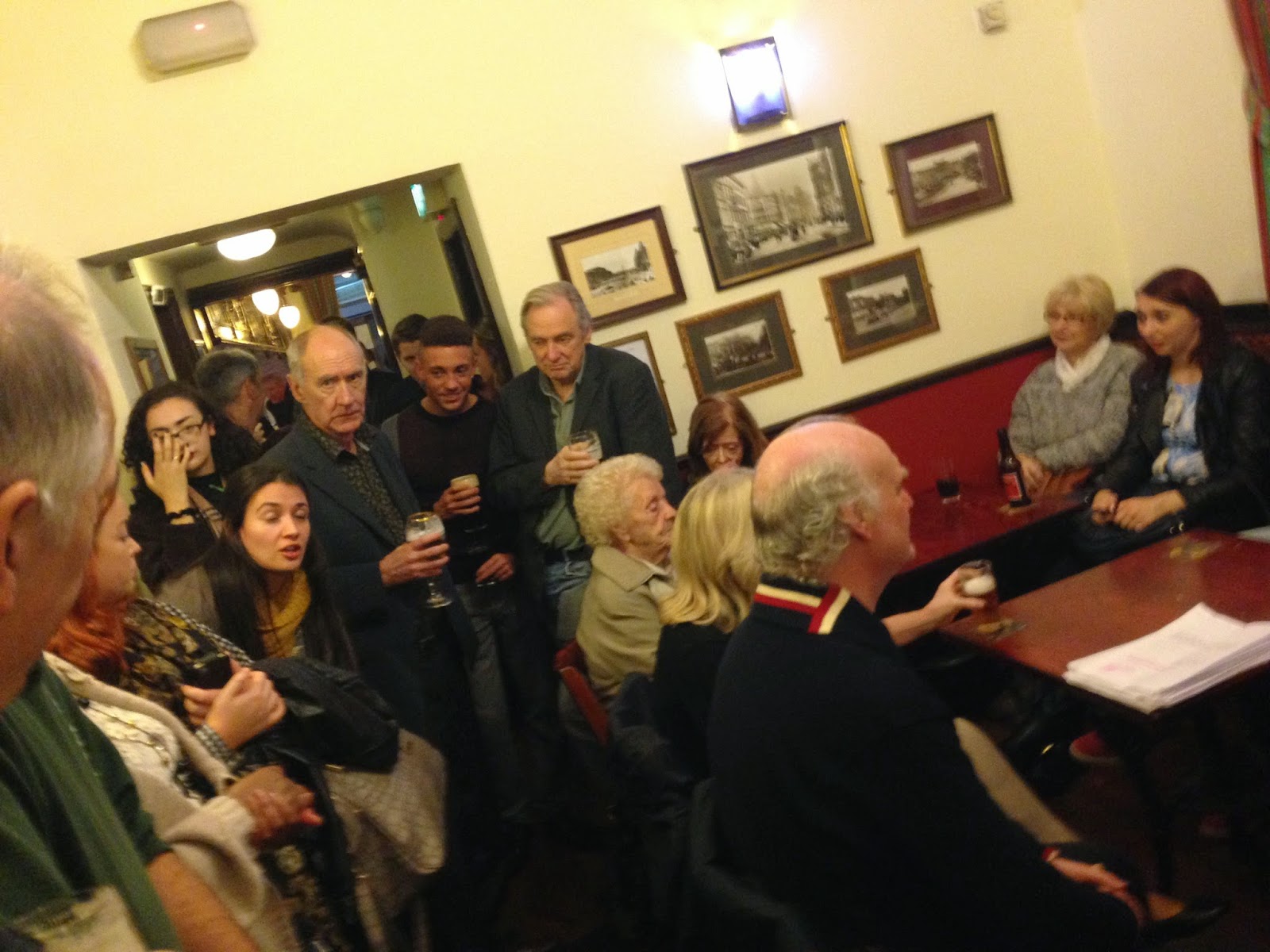 Special thanks from all at Writing on the Wall and The George Garrett Archive to the marvellous cast: Carl Cockram (Director & Mr O’Prey), Paul Duckworth, Laura Campbell, Daniel Hayes, Aimee Marnell, Joe Shipman, Nicola Bentley, John Burns, Rachel Worsley, Leon Tagoe, and Fionnula Dorrity. Special thanks also to Chris Mellor for music. Thanks to The Liverpool Irish Festival and The Bluecoat and all their staff for being extra helpful and supportive – and forgiving (they know what I mean!!).